Join HAMEC for another 2G Roundtable to hear important descendant testimony!
The event will be held on Sunday, February 28th at 1 P.M. on Zoom.

Register for the Program

Our panelists, Tammy Newman Forstater and Jeffrey Strauss will share family stories of Holocaust survival, moderated by Jeanette Neumann Berstein. These members of Sons & Daughters of Holocaust Survivors will also speak on the importance of 2G community. 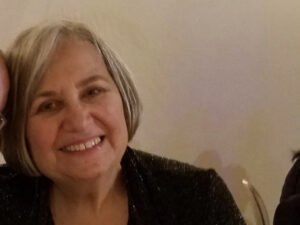 Tammy Newman Forstater is a child of Holocaust Survivors. Her father Yitzchak Neuman came from Richka in the former Czechoslovakia, now in Ukraine and spent years in multiple slave labor camps between 1943 and 1945. Her mother, whose given name was Ita Eigerman but went by Eda Newman in the US, miraculously survived almost 3 years in Auschwitz, arriving with 998 other young women on the first Jewish final solution transport there in March 1942. They met after the war in a DP camp, married and arrived in the US in 1949. Tammy was born in Philadelphia in 1950 and her sister, Sharon, was born in 1957.

Jeffrey Strauss is the son of Holocaust Survivors who met in Philadelphia after World War II. His mother is from a Schrick, a village near Vienna, Austria. She is a survivor of Auschwitz, Bergen Belsen, Terezin, and Gross Rosen. His father, from Bad Mergentheim, Germany, was able to escape and arrived in the United States in 1939. Jeff’s mother endured extreme loss and deprivation. Her distant cousin Ilse, who was on the Kindertransport to England, always reminded Jeff how much she suffered. Despite all of her loss, his mother was a friendly, sweet, and kind woman who was very loving to family and friends. Jeffrey was born in 1956, and his older sister, Susan, was born in 1952. 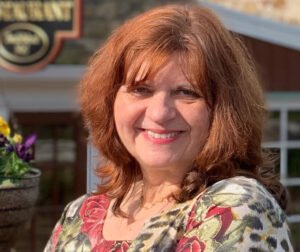